NC Japan, February On Sunday, it was announced that Valentine's Day events such as “Confessions of Chocolat Rose” will be held at “Astral of the Religion”.

◆ You can get 300 blue diamonds by clearing all story quests! Valentine event “ confession of chocolate rose '' starts

【Overview】
The event “Confessions of Chocolat Rose”, which is set in the Paris series, has started. In the event story, the Paris series new type alchemist “Beatrice” (CV: Ai Furuhata) appears for the first time.

Story quests will progress using the fixed deck of the appearing alchemist. Complete all quests to earn a total of 300 blue diamonds.

◆ Try the new alchemist “Beatrice (CV: Ai Furuhata)” and get the awakening beast!

【Overview】
Held a special quest to try out the Paris series balanced type new alchemist Beatrice (CV: Ai Furuhata) for a limited time. A mission to acquire “Awakening Beast” and “Invisible Right Hand of God” will also be held at the same time. 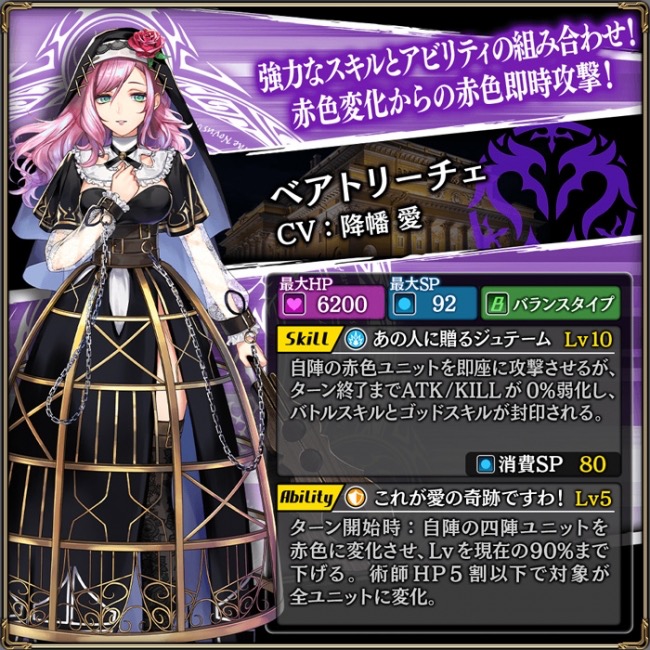 【Overview】
A female original alchemist-only Valentine's Original Religion Festival Gacha with the new alchemist Beatrice (CV: Ai Furuhata) will be held. The probability of activating a vision link where powerful alchemists such as “ Countess Cagliostro (CV: Atsuko Tanaka) '' and “ Jacqueline Moriarty (CV: Emi Nitta) '' is lined up 10% UP. 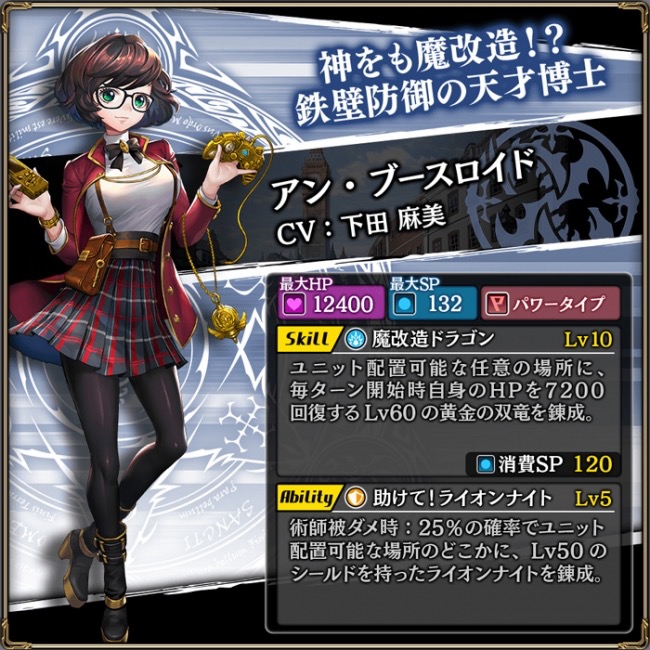 There are many new elements such as “ ranking reward '' that units of the new series “ Kyoto '' can get, “ JACKPOT '' to win a large amount of blue diamonds, “ Magic remodeling treasure chest '' that can acquire special sacred objects with a certain probability “Renjin Fighting Party: Oga Cup Power League” is currently being held.

The period is subject to change.